With over 4000 km of Mediterranean coastline and 1,185 islands, Croatia is one of Europe's leading holiday destination.
Considering its geographic position, Croatia is located in the central and south-eastern part of Europe bordering Hungary and Slovenia to the north, Bosnia & Herzegovina and Serbia to the east, Montenegro to the south. Croatia shares a maritime border with Italy.
Official name: Republika Hrvatska / Republic of Croatia
Total area: 87,609 km2. The mainland covers 56,542 km2 and surface of territorial sea area is 31,067 km2
Coastline: the country's coastline streches for 5,835 km and includes 4,058 km of islands, islets, reefs and 1,777 km of mainland coastline
Islands: Croatia has 1,185 islands, islets and reefs among which 47 islands are inhabited. The largest are Krk, Cres, Brač and Hvar.
Dinara is the highest peak in Croatia, at 1,831 m above sea level
Croatia has eight national parks which together cover the area of 994 km2
Climate: Mediterranean and continental.
Central Croatia has a continental climate predominant with hot summers and cold winters.
Along the Adriatic coast the climate is Mediterranean, meaning warm and dry summers and mild winters. With an average of 2,600 hours of sunlight a year, the Adriatic coast of Croatia is one of the sunniest in the Mediterranean. During the summer the sea temperature is from 25 to 27 degrees Celsius.

Population: 4.284.889
Capital: Zagreb (790,017 inhabitans) the largest city, the administrative, economic, cultural, academic and political centre of the country. The wider metropolitan area has more than one million inhabitants.
Official language: Croatian language written in Latin alphabet
Political system: Presidential/parliamentary democracy
Religion: Croatia is predominantly Roman Catholic.
Monetary unit: Kuna (KN) is the official currency of Croatia. It is subdivided into 100 Lipa. Foreign currencies can be exchanged at banks, exchange offices, post offices, at most tourist agencies, hotels, marinas. Cash machines can be found in most cities and tourist areas.

UNESCO Heritage:
Old city of Dubrovnik, historical complex of Split with the Palace of Diocletian, Historic city of Trogir, The cathedral st. James in Šibenik, Stari grad on the Island of Hvar, Plitvice Lakes National Park, Euphrasian Basilica in the historic centre of Poreč 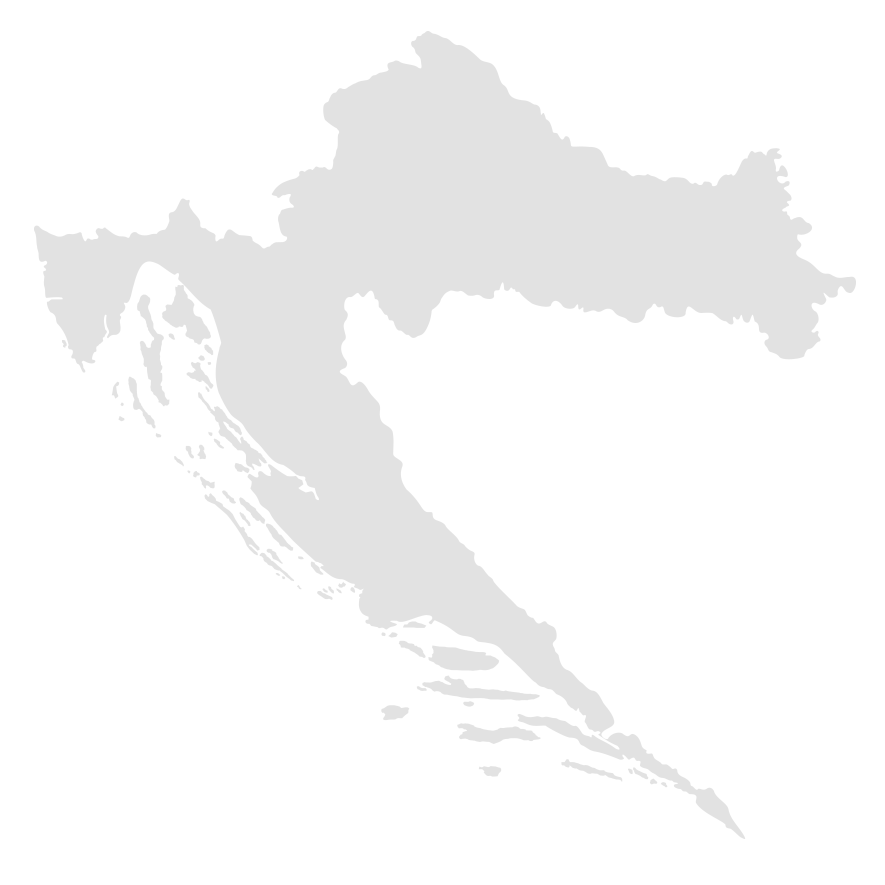